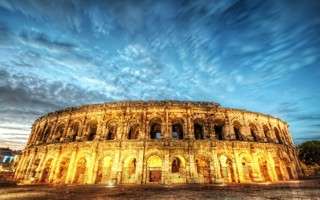 It’s admittedly a pretty well-worn and not always helpful stereotype among youngsters that people of our generation – the kind of people who are likely to read a grandparents blog like Ask Granny – are constantly living in the past. But hey, if you’re someone who has a guilty hankering for long-gone times, why not make the most of it? There are loads of wonderful places, landmarks and structures across the world that feel like a centuries-old time warp, and seeing them in the flesh can enhance your appreciation of the stories associated with them.

Visit a castle and feel like a king or queen

Right across Europe, you’ll find medieval and baroque castles that evoke a world apart, of chivalrous knights and fairytale princesses. Of course, the real story of these routinely stunning structures may be less idealistic and more on the bloody side, but these protective fortresses and homes to all manner of feudal lords and kings were built to impress, making mere peasants swoon at such grandiose exhibitions of wealth and status. From Prague Castle in the Czech Republic to the Palace of Versailles in France, they’re still numerous and impressive for any reader of  an online grandparents guide, even if some of them are crumbling a bit.

Take in the Wonders of the World

Let’s get one thing straight: there aren’t just seven of them, or at least, not if you’re considering all of the lists that have ever been made of ‘Wonders of the World’. The list that you might immediately think of is the Seven Wonders of the Ancient World, referring to remarkable constructions of classical antiquity – although only one of these, the Great Pyramid of Giza, remains relatively intact. So why not consider natural wonders such as the Grand Canyon and Victoria Falls, or the New7Wonders of the World, encompassing the likes of the Great Wall of China, the Taj Mahal and Petra?

Or just take a closer look at your home town…

One of the great things about history is that it really is everywhere, so there’s no reason for even the most cash-strapped reader of our senior citizens online guide to miss out on an interesting historical trek. Those living near London, for example, have a wealth of older structures that they shouldn’t miss, ranging from the Tower of London and Windsor Castle to St Paul’s Cathedral and Westminster Abbey. Meanwhile, US readers of our grandparents journal may want to check out New York City’s many historical attractions, including the Apollo Theater, Brooklyn Bridge, The Cloisters, the Empire State Building and so many more.

Or maybe your house is mere walking distance from an appealing 18th century country house, enchanting heritage railway or evocative memorial? Don’t miss out on some of the easily accessible history that could be right on your doorstep, as a reader of the Ask Granny  senior citizens guide!

Travel Tip of the Week-Take a Photography Vacation
Scroll to top
This site uses cookies: Find out more.