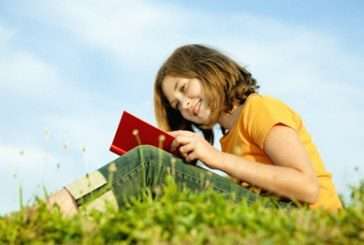 If you have grandchildren who love to read you probably have gifted beautiful books to them. They have enjoyed such classics as Alice in Wonderland, Charlotte’s Web, and Where the Red Fern Grows. They’ve had a full course in fairy tales and fables but now they’re pre-teens, in that tricky 8-12 year old category, and it’s important that they stay in love with reading. Here are five really wonderful books that you may have missed when buying books for their shelves. (And if you’re not buying, you can direct them to the proper shelves of the library.)

A Wrinkle in Time by Madeleine L’Engle
First published in l962 A Wrinkle in Time won a handful of awards for literature for young children. Meg, the main character is an awkward thirteen year old who is brilliant in math, but unable to find her place in school. Young readers will identify with her problems fitting in with her peers. Her parents are both scientists and in the course of the story her father mysteriously disappears. This is a story filled with fantasy, a bit of theology, time travel and a classic battle between good and evil. A Wrinkle in Time is the first in a series of stories about the Murry and O’Keefe families.

Island of the Blue Dolphins by Scott O’Dell
In this beautiful story a young Indian girl is abandoned on an island off the coast of California where she lives alone for eighteen years. An exciting story of survival and growth, the girl, Karana faces a series of problems alone. How will she live in this strange environment? What will she eat and how will she spend her time? The story is based on the remarkable true story of a native woman known as the Lost Woman of San Nicolas who lived alone on a similar island from 1835 to 1853. She was ultimately rescued from the island and taken to a Christian mission where she died only six weeks after arriving. Karana’s story is one of self-discovery and self-reliance.

The Sign of the Beaver by Elizabeth George Speare
This story is set in Maine in the year 1768. Matt and his father have traveled from their city home to an isolated piece of land in Indian territory. There they will build a home and settle with their entire family. Once the home is built Matt is left alone to tend the garden and keep the home while his father returns for the rest of the family. This twelve year old boy lives alone and has one adventure after another, meeting the local Indian tribe and becoming friends with a boy his age and the chief of the tribe. When his family fails to return on time Matt makes the difficult decision to stay with the cabin rather than leave with the migrating Indian group. He never falters in his belief that they will return. In the course of the story Matt learns to hunt and fish the Indian way and even has a hand in taking down a grizzly bear. Young readers will be riveted to each page of this terrific book.

Cheaper by the Dozen by Frank B. Gilbreth Jr.
This is the true story of a turn of the 20th century family with twelve children. Written by one of the children with the help of a sister, this hilarious story chronicles the day to day life of a family with a father who is an “efficiency expert.” Time must not be wasted and neither is the bath water as all twelve are quickly dunked and dried in the same tub. This book was translated into fifty-three different languages and was made into a popular movie starring Clifton Webb and Myrna Loy in the 1950’s, and was remade by Steve Martin in 2003. Young readers will find much to chuckle about while at the same time enjoying a sense of healthy, if quirky, family life.

Mrs. Frisby and the Rats of Nimh by Robert O’Brien
Mrs. Frisby is an old widowed mother fieldmouse who is only trying to raise her family on her own. She comes to know some rats who live under a nearby rose bush and strangely some of them have gone missing just as her husband did. What is happening?
But Mrs. Frisby’s youngest child, Timothy is ill and she needs help in caring for him. The rats are most willing to help her. As their relationship unfolds the mystery of the rats of Nimh grows even more compelling. This is a story of loyalty, danger and intrigue. It is also a tale of the search for a better and more fulfilling life. Written in l971 this book has stood the test of time for young readers.

Is Spring Cleaning a Thing of the Past?
Scroll to top
This site uses cookies: Find out more.