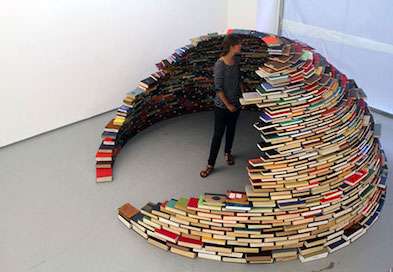 One of the greatest privileges in our role as grandparents is the opportunity to influence our grandchildren’s lives for good. We can encourage their gifts and abilities. We can cheer them on in all their endeavours and direct them toward positive learning opportunities.

Biographies are often excellent ways to learn about individual character traits. People who have gone through difficult circumstances and have overcome those circumstances tell wonderful tales of courage, endurance and growth. These stories can inform our grandchildren in important ways.

Our grandkids can gain valuable knowledge about the world and its challenges through reading selected biographies. They can learn there are a variety of ways to respond to heartbreaking, painful situations. They’ll learn about bravery, faith, and perseverance in times of trouble. Here are six books that tell tales of an overcoming spirit in the face of overwhelming challenge. Buy them for your grandchildren or direct the grandkids to search them out at their local libraries:

I Am Malala, Young Reader’s Edition by Malala Yousafzai and Patricia McCormick

Malala was only ten years old when the Taliban took over her region in Pakistan. The Taliban said girls were not allowed to get an education but Malala kept attending school anyway. She was shot at point blank range while riding a bus home from school. Malala became the symbol of peaceful protest when she lived through her attack and continued to speak on behalf of education for girls. She is the youngest recipient ever to receive the Nobel Peace Prize.

Anne Frank: The Diary of a Young Girl by Anne Frank and B.M. Mooyaart

Anne Frank’s diary was discovered in the attic hiding place in which the thirteen year old Jewish girl lived with her family from 1942 to until 1944 when they were discovered by the Gestapo. Anne chronicled the horrors of wartime while experiencing hunger, boredom and fear. Her journal entries have become classic reading on human courage amidst the inhumanity of war.

A Long Way Gone: Memoirs of a Boy Soldier by Ishmael Beah

Ishmael was only twelve years old when he fled his home in Sierra Leone to escape rebel soldiers. He was taken by government troops and made a child soldier. During the next months he engaged in warfare and violence he’d never imagined. Later he was rescued by United Nations agents and placed in a rehabilitation center. In his mid-twenties he wrote this book, the story of a child forced into the nightmare of a civil war.

Rocket Boys is the first of three books set in a coal mining town of West Virginia. It’s the story of a young man growing up at the end of the 1950’s and his pursuit of amateur rocketry. The book was later made into a movie entitled October Sky. Hickam went on to have a successful career with NASA.

Hole in My Life by Jack Gantos

This is the story of a young man who yielded to temptation to sell drugs to earn money for college. Instead he found himself in jail and while there, learned to become a writer. Gantos served six years in prison and tells the story of overcoming this, the worst experience of his life.

A Long Walk to Water by Linda Sue Parks

This is the alternating story of two youngsters in Sudan—eleven year old Nya who walks twice daily to draw water for her family and Salva a boy who has become a refugee during wartime, searching for his family and safety. Born two decades apart, the story shows how their lives intersect in times of tragedy and trial.

These biographies are available at www.amazon.com, www.barnesandnoble.com and www.goodreads.com .

Ways and Websites to Protect Grandparents from Online Scams
Scroll to top
This site uses cookies: Find out more.