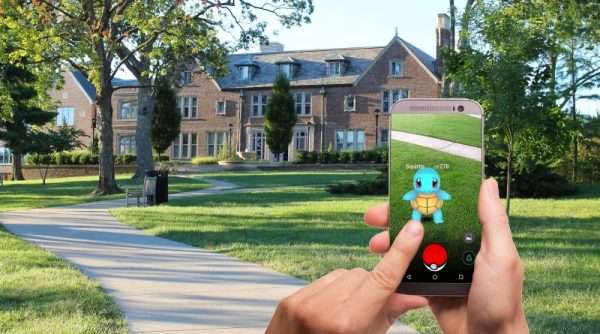 Don’t be that grandparent!

All you need to know about Pokemon Go.

If your grandkids tend to roll their eyes when you ask them for help with technology questions, this article is for you.

Don’t be that grandparent. You know, the one who has never heard of the most recent technology “happening” game or activity that is the very air they breathe.

Today that phenomenon is Pokemon Go. What is it, you ask? Here is the lowdown on the game that has kids of all ages and a lot of older people running around the countryside with their eyes glued to their smart phones.

Pokemon, the cards and creatures, have been around for quite some time. They were developed in Japan and appeared on the kid scene in 1996. The cards consisted of creatures with superpowers of varying degrees. Kids collected the cards and played games in which cards “battled” one another. There were also various video games using the same pocket monsters (Pokemon) with the player becoming an increasingly skilled Pokemon trainer.

But this latest craze has taken the concept to a new level. In Pokemon Go, trainers collect fantasy creatures, Pokemon, using the geo-location feature on their smart phones. They also “capture” the creatures using a red and white ball and the camera feature of the phone. There are over one hundred species of Pokemon to find and catch. They have varying degrees of power and trainers move up in levels as they find and catch more Pokemon.

To begin the game trainers are allowed to customize the look of their trainer with various apparel and accessories. Pokemon are found at various sites in their own neighborhoods and cities. They tend to be located at public sites such as historical markers or monuments. The trainer’s phone will vibrate when a Pokemon is nearby. The trainer then throws a poke ball to catch it.

The game can be played in teams as well as individually. Battle strategies for defending and launching attacks become more important at this level of the game. There are certain Pokemon who are found as eggs and can later evolve into more powerful creatures.

As you can imagine, your grandkids love this game. Here are some important pieces of information for you to know before you go hunting with them.

Although many younger children play this game, it is designed for those nine and over due to some mythical violence in the game.

There are parental settings to be determined. You should communicate with the parents before playing the game. For example, parents might want to set up a separate account just for this game to protect their child’s personal data. They may also set up a wish list rather than allowing children to make game-related purchases on their own.

It’s possible that children could become vulnerable to “stranger danger” while hunting, as the Pokemon will take hunters to the same sites. Best for children not to play alone.

It’s important that hunters be aware of their surroundings while playing the game, another good reason for playing with a partner or group to monitor safe movement away from hazards of any kind.

How long will your grandkids be enthralled by this new craze? Who knows? But there is no doubt that they’re all about getting out in the real world to find those mythical creatures and making them part of their collection. And it’s not all bad: they’re out of doors and getting exercise while playing.

So be the “with it” informed grandparents who are ready and able to hunt Pokemon with the best of them.

For more information on the game go to www.pokemongo.com