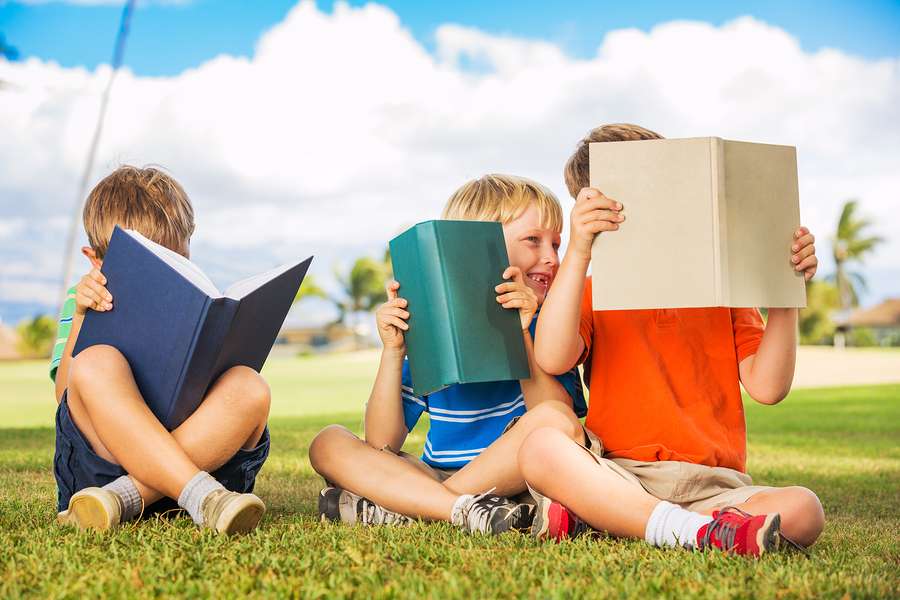 Summer Reading with the Grandkids: Delve into Biographies

Some of the precious summer moments spent with grandkids should include reading—either reading to them, or reading with them. This summer is a great time to introduce your grandkids to some of the heroes of the past.

Benefits of a Good Biography

A good biography is full of drama. Its merits often lie in real-life triumphs over poverty or the hardships and dangers of war, in hard decisions that made all the difference, or the courage to face adversity. Real-life dramas are at the heart of a well-written biography.

When children read a biography they’re learning about positive character traits they may incorporate into their own lives one day. They’re getting a sense of history and timelines. They’re beginning to understand what the world was like in a given place at a given time. Biographies are wonderful for developing the skills of reading comprehension.He wants to know what happens next in the character’s life and she wants to understand why the main character lived in a particular way.

Select from the lives of kings and queens, explorers, scientists, great artists, sports figures, Native American chiefs–the list goes on and on.Name any topic you can imagine and there is a leading figure whose life story will influence readers.

Biographies for All Ages

Biographies lend themselves to publication in sets or series. Thus you will find such offerings as the Young Patriot Series in American History, or the Blue Banner Biography Series by Anne Graham Gaines on current world figures. Certain authors such as David Adler are well-known for their biographies written for younger children. The Lifetime Series by Thameside Press in the UK has a wonderful series of world figures such as Nelson Mandela and Anne Frank. Heinemann has published a series on famous artists with titles such as The Life and Work of Mary Cassatt, and Rourke has a series called People Who Made a Difference. Other series tell the life stories of authors, scientists, astronauts, poets and playwrights and virtually any group of people in which your child may develop an interest.

One way to whet your grandchild’s appetite for biographies is to track their current interests or their current courses of study and then supply just the right title for the time. If they’re learning to use the microscope in Biology class, they may be interested in the life of Van Loewenhook or Madame Curie. If they’re studying India in geography they may be interested in reading about Mother Teresa and her work with the poor and dying of Calcutta. If they take a fancy to the American Civil War, then a biography of one of the leading generals is the right choice.

No need for history to be a dull course filled with endless memorization of dates and places. Bring the characters to life with a biography written at the appropriate reading level for your grandchild. Look at these biography series to search for the perfect title for your young reader or browse your local library or bookstore for the right book.

Let’s Read About Series by Scholastic with biographies on such characters as Cesar Chavez and Pocahontas.

The Childhood of Famous Americans Series by Aladdin with biographies of Daniel Boone and Helen Keller and many more.

Picture Book Biographies by David Adler. These lovely books combine pictures and easy text to tell the stories of people such as Sojourner Truth and Thomas Jefferson.

The Who Was Series by Grosset and Dunlap has titles such as Who was Thomas Edison and Who Was Leonardo da Vinci. Written for grades 3-7

Legends in Sports by Matt Christopher tells the life stories of sports legends such as Michael Jordan, LeBron James and Peyton and Eli Manning. For grades 3-5

The Time for Kids Biography Series by Harper Collins are for children 6-10 and tell the stories of historic characters such as Clara Barton and Jesse Owens.

Biography for Beginners studies the lives of famous philosophers, mathematicians and scientists such as Marx, Foucault, Heidegger and more.

DK Biography Series are written for ages ten and older and chronicle the lives of historic figures such as Albert Einstein, Mahatma Gandhi and Marie Curie.

The Avisson Young Adult Series tells the stories of interesting Americans such as Eleanor Roosevelt and Audie Murphy.

7 Reasons to Take The Grandkids to a Children’s Museum
Scroll to top
This site uses cookies: Find out more.