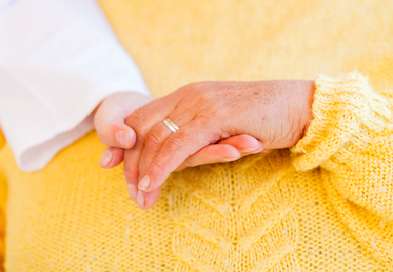 One of the most distressing outcomes of the high number of marriages ending in divorce today is the fact that grandparents often get lost in the dispute between mother and father. While parents are hammering out their own custody and visitation details, grandparents find themselves left out and forgotten.

There are some things grandparents can do to maintain a healthy relationship with their much-loved grandchildren.

Whenever possible try to work out an informal agreement that gives you access to the grandchildren. There may be new guidelines and understandings, but at least you have the right to see them on a regular basis.

Realize that the new life situation probably means a decreased amount of time with your grandchildren. They may be moving back and forth between their parents’ homes which is a new and disrupting adjustment for them. Be realistic about the time you’ll have.

If you aren’t able to come to an informal agreement that speaks to your rights for visitations, find an attorney with experience in family law issues. It’s important that your lawyer be up to date with the laws in your area as they vary in the US state by state and in European countries as well.

If you are required to file a petition with the court, be prepared to prove you’ve had an ongoing and positive relationship with your grandchildren. You must prove that it is in the child’s best interests to see you regularly. This may come in the form of documentation of time spent together, pictures of family gatherings, etc. In some cases you’ll need to prove that losing contact with your grandchildren would actually be harmful to them.

If you have acted in a parental capacity for any period of time in the grandchild’s life, it is important that the court be aware of that.

Though parents have the most input in the decisions determining custody and visitation, grandparents rights are also becoming important in courts of law.

If at all possible it’s advisable that grandparents file their petition for visitation concurrent with divorce proceedings. In some cases the grandchildren themselves can petition to see their grandparents after the divorce decree is final.

In cases where the grandparents are seeking full custody, the laws again differ state by state and country by country. It is even more important to be able to document times when you acted as the parent and the reasons and circumstances that required that living situation.

It’s important to remember that the courts will be looking at what is best for the child. They may determine that further contact with grandparents will bring undue stress or emotional problems for the child in question.

Halloween Fun with Your Grandkids
Scroll to top